“Grrl, are you posting Man Candy Monday on a Tuesday?!”

I know, Jensen, I am so clever and funny.

Anyway, Jensen has been keeping fans entertained as Dean Winchester on the CW’s Supernatural for the past 9 years. The demon hunting Winchester brothers fall under the category of whiny white misunderstood male protagonists and the plot is accelerated by the fridging of female after female for more angst and has gotten more and more predictable (come on, which one is ending up in which version of the afterlife this time? Probably Dean, Dean’s gotta save Sam, something about Castiel’s wonky powers. Something something King of Hell. Time travel. Our dad lied to us. Blah) and dialogue is laden with homophobic gay jokes.

But you don’t care what they’re saying, do you? 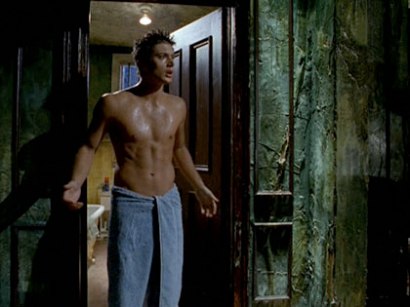 His TV brother is pretty good, too. 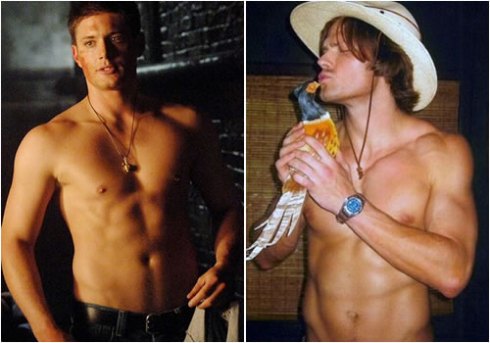 Sadly, this show has too many shirts

But he looks pretty good in clothes, too.

Other roles include voice acting role of the Red Hood in 2010’s Batman: Under the Red Hood. 2009’s My Bloody Valentine and way back in 2001, he played Jessica Alba’s bio engineered brother on Dark Angel (which was a very clever show and should have had the longevity that Supernatural has).