I’ve talked before about those misogynist werewolf societies, which could be of relevant interest. But today: Today, my friends, I would like to talk to you about the zombie apocalypse. Or rather, how the outbreak of zombie survivalism relates to the American Dream.

The horror genre has always been an outlet for expressing society’s concerns and fears. While Zombie’s have been huge since Steppenwolf’s heyday, It’s undeniable that the zombie genre and dystopia in general has become freaking huge lately.

Zombies, the faceless hungry mob themselves, and their reasons for shambling have changed immesely since 1968. 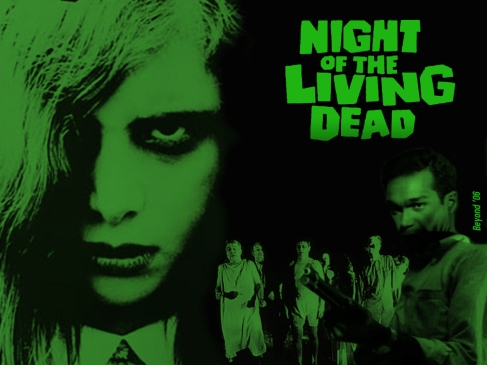 In the classic Night of the Living Dead, zombies rise as a result of crashed space junk. Specifically a radioactive satellite that crashes unexpectedly after a mission to Venus and the corpses of the recently deceased rise to their feet in search of human flesh. With an abundance of nuclear testing during that time period:

The Cold War and Space Race in recent memory, Americans didn’t know who to trust. Overwhelmed by the sheer number of zombies, our survivors hole up in a good American farmhouse to make their last stand. Romero’s Dawn of the Dead (1978) and the 2004 remake saw survivors and zombies alike flocking to the mall in a dig at consumerism and capitalism. Concern over limited resources, class divide and American’s working day in and day out on autopilot to buy… things.

More recently, zombies don’t crawl out of their crypts. They’re living humans infected by rampant viruses and contagions that turn rational people into drooling, spitting and primal corpse munchers. Because these are our fears. Nuclear testing has brought forth no reanimated corpses. We made peace with our consumerism. But viral outbreaks, new illnesses, fear of vaccines and GMOs? That’s right on the money.

The Newsflesh trilogy saw a “zombie virus” amplified in previously healthy humans after well intentioned do-gooders douse the population with a vaccine that when mixed with another common treatment went seriously awry. The Dire Earth series has zombies created by aliens, which is a rarity and harkens back to Romero’s original. But in both these book franchises, zombies (or subhumans) are facts of life, some run, some crawl, some shamble. Recent dead are more human in movement and quickly degrade.

28 Day Later brought fast zombies to the forefront way back in 2002, and the fast zombie train keeps speeding along with 2012′s World War Z. 2009’s Zombieland, zombies in the gamerworld: ZombieU and the Left 4 Dead franchise, hell: Plant versus Zombies: the “walking dead” will run after you, Marvel Zombies had running, fighting suped up zombies. A critique of the fact that we don’t even have time to wait for zombies to come get us? I’m sorry I’m too busy, I can’t wait for you to shamble on over here. And in response, the zombie genre evolves and they will come get your brains! 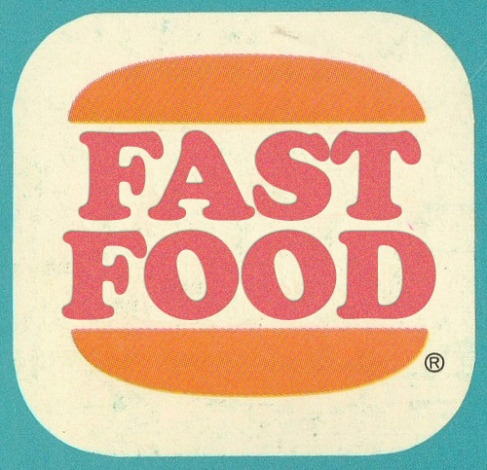 Zombies always have stood for the fear of being condemned to being part of a starving faceless mob, or being part of a hoarde with no autonomy for yourself any longer. More often than not the government is useless, selfish or behind it all. Another scathing jab at the state of affairs. With unemployment up, a major divide between classes and overall distrust of mainstream media and world leaders it’s not surprising we have seen a resurgence in this genre.

World War Z, the most recent zombie flick I’ve seen treats Gerry as special, but casts out his family after they think he is dead because the UN only has resources “for essential personnel” and with Gerry perceived incapacitated, they have no reason to care for his family any longer (in a poignant snark about how we treat families of veterans, or veterans themselves when they are deemed unnecessary, unworthy or whenever they are done with them). But it is clear beyond clear the Gerry has special privilege, (soldiers jump in front of teeth and bullets for him) that isn’t touched on in zombie flicks that follow non governmental employees:

Class divide affects people in all sorts of ways. People are afraid of being poor, afraid of being faceless and unable to control themselves (zombies), people who fancy themselves working or middle class are concerned about the ubiquitous “other” trying to come and take what is there’s (zombies AND other humans fighting for a space to call their own). Modern life as a battlefield for resources, for safety. Fortune favors the prepared and the resourceful. Zombies don’t care about what you last name is or if your jeans (or genes) are designer. And we know that you can’t trust “them” no matter what that means this decade. Unlike other horror movie creeps, ghosts, vamps, ghouls, wolves: zombies have no power, no goals beyond shambling and eating. No one wants to be a zombie. Survivors: If you work hard, you can rebuild, you can survive. And really isn’t that the American Dream?