The second book in the Dire Earth series picks up where the first left off. Skyler, Tania and other “traitors” are building their colony in Belem, Brazil. Skyler, now enjoying a role as a decisive man of action and Tania is the colony’s leader. As such, she spends a ton of time in orbit away from Skyler and doing important bureaucratic things like debating with Zane and Tim. Skyler and Tania fell in “insta-love” in the first book and now they’re dealing with the aftermath. They really didn’t know each other, and now the distance and differences in opinion drive a wedge between them. It’s very nuanced and well written in that aspect. Skyler, often off scavenging, researching and adventuring, isn’t there for Tania the way Tim and Zane are and the orbitals are egregiously out of touch with what’s happening on the ground. That all come to a head when the camp is taken by a gang/cult/bunch of freaks who are all immunes who refer to orbitals as spacemen and believe that immunes are meant to inherit the Earth. Extremists who believe that they are the chosen-ones.

Speaking of chosen-ones… back in Darwin, my girl Samantha Rinn (who *score* we did get more of in this book) starts off a captive of Blackfield’s. After an attempted escape she is sent on a mission by slumlord/Jacobite leader, Grillo. And then she’s set off on more mission as Grillo has her friend Kelly Adelaide under his thumb. He brings her out into the field when he needs an immune (she is the last known in Darwin) and she runs the scavenger crews, which she hates. The Jacobites believe the Darwin Elevator is Jacob’s Ladder and they start imposing Jacobite laws on the people, no drinking, a holy day, no using the lord’s name in vain… that sort of thing, and like any good religious cult, being armed to the teeth never conflicts with their belief system. Samantha helps Grillo because she gains her freedom and because, frankly she has nothing else to do. But Grillo turns out to have bigger goals than he initially let on.

There are some new characters, one of which is Ana. One of the few problems I had with this book was that I felt like Hough couldn’t decide what age Ana should be, he wanted her to be substantially younger than Skyler and immature/maladapted and she was, but I feel like the age waffled a bit. I read the ARC copy, so perhaps it came together in the final cut, anyway. Ana falls hard for Skyler and he tries to keep her at a distance, but with Tania in orbit and a rift between them… it gets complicated. Ana is impulsive, tough, spoiled and determined. A good teammate but she escapes the overused action-chick cliches.

And throughout love triangles, violent cults and espionage we still have the evolving sub-humans (zombie like survivors of the SUBS virus get tougher in strange ways), upcoming alien events, and beyond weird alien artifacts. My favorites include Sam being trapped in alien brambles and Skyler entering a dome that pays no mind to the rules of space and time.

There’s a ton going on and frankly, it was super awesome. The second book in a trilogy always bugs me. The first is always self contained and then the second ramps up but leaves so much lying around for the third. But I’m in. There’s a good amount of book here, as you can tell. It’s worth it.

The other thing that bugged me a ton: the rift between Skyler and Tania. Tania bartered with Gabriel that she would turn in Skyler (she didn’t mean it), and he heard her, he would have forgiven her but she lied about it because she felt guilty. But she had the nerve to tell him that he started combat with Gabriel, that he should have negotiated. These guys were rapists. Seriously: Skyler needed to kill every last one, no regrets. Period. And he never said “Tania, you don’t even know what is going on down here. Shut up.”

Last review I cast Michael Weatherly to star as main protag Skyler Luiken, this time Samantha gets a face: 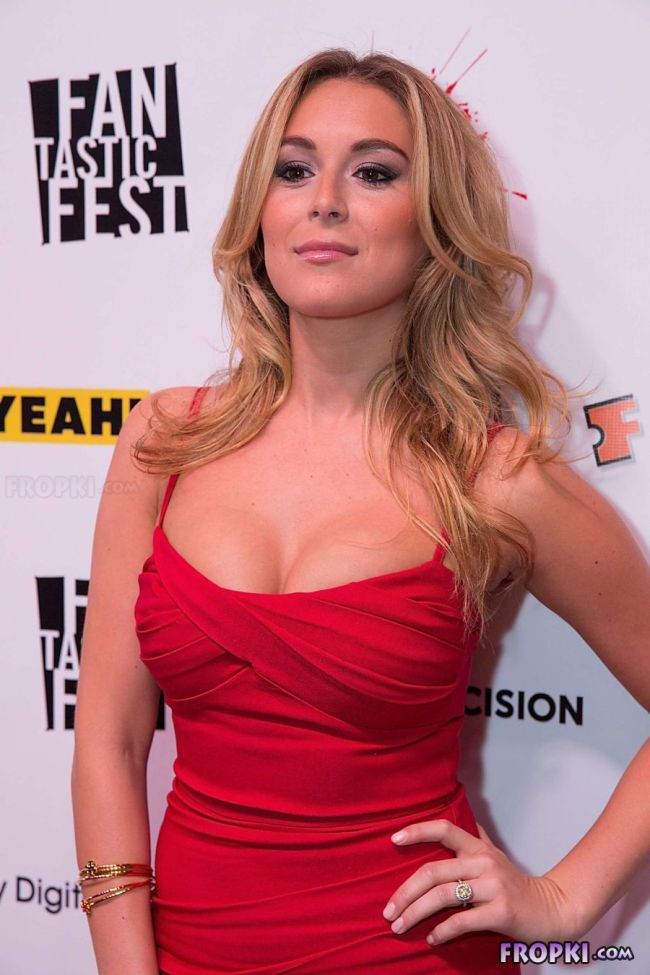 Alexa Vega from Machete Kills As much as I would love to throw future Captain Marvel Katee Sackhoff in a time machine and pick her, I’m going with this former Spy Kid to throw punches and throw down one-liners.

and the role of Tania goes to

Noureen Dewulf from Pulse 2 and Pulse 3 (and frankly, a bunch of movies I haven’t seen) would be great as new leader Tania, the smart scientist, the good friend and stunning love interest.

And Peruvian model/actress Angie Jibaja should certainly play someone.