My recent nonstop bunge on Criminal Minds has definitely left me with a fixation for this hottie. 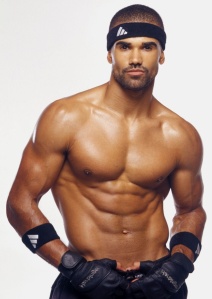 Granted, I haven’t seen this model turned actor flex his thespian chops in much else, he catches all my attention in Criminal Minds. Look at those abs.

Anyway, seems like most Criminals Minds fans have a softspot for Mr. Matthew Gray Gubler, and he’s not ugly either: 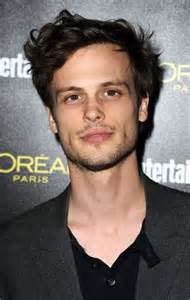 And he’s an easy crush, slim, awkward, oddly handsome, wacky hairdo, storylines that make you want to give him a big ole hug (from his early seasons struggles with his upbringing, with relating more to the unsubs than his coworkers, with not being able to pass the firearms test, to his PTSD/repressed memories in Las Vegas, his abandonment issues, SO MANY ISSUES) he’s always the one who has to talk the unstable off the ledge and if I was there I’d give him a big hug and cry my eyes out on the jet home. But I have a Whovian crush who fits that bill.

Derek Morgan gets to knock out brutes and steps up to lead the team when Hotch can’t. He also flirts with Penelope Garcia… a lot. He has some emotional plotlines as well but not with multiple episode story arcs like MGG, Prentiss, Elle, Rossi and Hotch. (Maybe he does in later seasons, let me know if I’m speaking too soon, I only catch the first run here and there)

Shemar Moore voiced Cyborg in Justice League War …put him in the JLA movie, DC. he definitely spruces up the place.