This post has been brewing in my cranium for a while. More so since last week when I went to pick up my comics and this dumb dumb behind me said “I can’t believe girls by comic books” in front of me with my stack and the girl working there. And he follows up with: “Cute girls, too.”  And this isn’t that surprising, it happens all the time. The stereotype that how people happen to look has to have some effect on the kind of things they are supposed to like. Of course Mr. I-have-no-goddamn-social-skills-and-have-no-idea-about-what-girls-like is feeding into his own comic book nerd stereotype, but I digress.

I didn’t read comics for years. Years and years.

And I said, “Oh HELL YEAH!” (even though I will say that I got PO’d at comments on CNN.com where dudes were all “feminists better support this, they say they want equality but then they don’t like Women’s MMA, women won’t read this” here’s the deal: feminists and ALL WOMEN and really ALL HUMANS like different assortments of things. I don’t have to like everything. I don’t have to like something because an empowered woman is there if it’s not the type of thing I would otherwise like. I don’t watch MMA. You know what feminists don’t love? When men tell them they HAVE TO love something. Seriously.)

But since I was at the comic book store, I found some other stuff to dig: 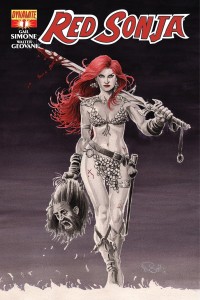 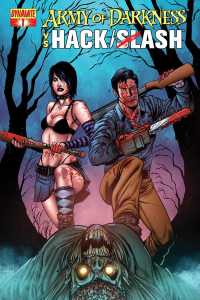 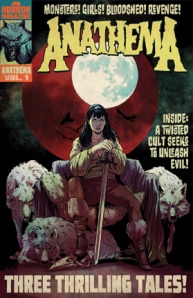 Now look at these. Look at all the females! And they are all different!

When people bring up female fronted comic books that fail, someone undoubtedly says “Red SheHulk is cancelled” Red She-Hulk is a knock off of a knock of. Red Sonja is a fierce Barbarian and adventurer, Cassie Hack is a serial killer killer out for revenge, sharp tongued enough to keep Ash to his toes. While both females are scantily clad and quick witted no one would mistake one for the other. Toni Chu bites people to see the future and works for NASA, the females of Extinction Parade bite because their vampires, Mercy wolfs out to save the soul of her dead lover. Lazarus main protag Forever Carlyle who was considered “too butch” for one male fan (who got schooled hard by Greg Rucka) would surely not be raiding Sonja or Cassie’s closets, she’s a genetic experiment who can take bullets and barely miss a beat, she isn’t funny like Cassie or serious and experienced like Sonja… because women aren’t all the same.

That why “the all girl X-men” is so frigging good. The characters have different strengths, speak differently, have their own faults, interact in ways that you think they would based on previous events. Not just “I’d better like it because there are women there.”

And then today I read this in which rape and victimization of women that are so present in comics is passed off a “okay” because it’s not “for women.” The author of the article rightly points out that it is not okay for men and young boys to be repeatedly shown rape scenes because it normalizes this behavior and, frankly, women should be concerned if men enjoy reading unadulterated rape scenes.

…”comic creators Todd McFarlane (Spawn), Mark Millar (Kick-Ass) and Gerry Conway (The Punisher) have unabashedly inferred that it doesn’t matter how they portray women in their comic creations, because comic books are not for women, anyway. “…

WHHHHHAAAAAAAATTTT? No, jackasses… your books are not for women, who you have no respect for, clearly. But there are plenty of good female centered comics out right now (some by women and some not). Why creators are trying to appeal to less of the population instead of more, I don’t know. But if you write like crap… I won’t read it. And if you build it, they will come, fuckers. “Women liking comic books” isn’t the responsibility of the women. I won’t like a female character who’s a default knock off, or who has no relationships with other women. I will not like a book that uses rape to advance the plot. I will not read one dimensional characters.

It’s like I expect you to write good or something.