A cadet at one of the SHIELD academies turns the pool into ice water (is he Iceman or a human incarnation of the recent polar vortex?) the cadets are pretty shaken up. It’s the school Fitz-Simmons went to (not the one Ward went to- which is the jock version)

While there Skye has a moment of reflection and uncharacteristically resents how she “hacked her way in” and “didn’t earn her role as a SHIELD agent” -which makes no sense, since by using minimal resources she proved that she could accomplish what others do with constant support and hand holding, but Ward says, “All you need is a dedication to the greater good” and Coulson saw that in her. She earned her spot as well as anyone.

Agent May wrangles the distraught and distracted Coulson and gets him to go on a side quest after she found some info on Skye’s family.

Fitz-Simmons begin a lecture on the importance of brainiacs and during this lecture, one of the students becomes coated in a thick sheet of ice… Fitz-Simmons makes with the medical attention while Skye finds a cannister… she smashes it and the ice fails.

Apparently these are Freshman Pranks… proving genius teens can be damn juvenile, too.

May has a well thought out plan of how she would escape from SHIELD. Coulson asks her why she is talking so much. He knows it’s all to distract him since the big revellation “I know you, Phil. And I knew you before.” He says he still trusts her. He doesn’t want any more secrets…

And May has one:

“Agent Ward and I have been having sex.”

But then there target arrives, and unfazed Coulson runs after him. How did he know right away that “this is about the baby girl” The man found the baby in the arms of a dead agent. The baby was 084, she had powers. Someone killed her family and a handful of agents and he helped get Skye somewhere safe. For obvious reasons, SHIELD isn’t a safe place for him. The man also says that May and Coulson should stay away from Skye because “where ever she goes, death follows” which seems quite presumptuous since he saw her only as a tiny baby and it couldn’t have been her fault. May decides that they can never ever tell anyone. they can never tell Skye.

The kids are hanging out in The Boiler Room, but it’s cooler than when Jordan Catelano and Angela Chase did it. It’s a full damn club. Ward tries to flirt with a girl who reveals that the attacks were staged to get Fitz there.

And then Fitz doesn’t listen to Simmons and walks in to the geek boy who almost died’s giant snow-cone maker… I mean giant version of the ice cannister amplifier… thing. So any moisture nearby will turn instantly into ice. it’s in the hands of spoiled and/or angsty outcast teens… who are selling it to Ian Quinn.

Coulson tries to give Skye the cold shoulder.

Ian Quinn tries to bail on the deal saying that he wants to see it in action, to be sure since there’s so much heat now. But the ice bomb is bunk.

Coulson confesses that they went to Mexico City to confront someone who knows where Skye came from. Coulson tells her that it’s worse that she imagined. But he tells her anyway. About the massacred SHIELD team, that the woman who dropped her off is dead.

Skye cries and I almost cry as a storm rolls in. Hail pelts the students. And angsty geek says “I did it.”

So the super-nerds in training created the polar vortex… Knew it. The cannister thing gets struck by lightning. Seth (alpha nerd) gets rendered unconscious. The gang flies in. They rush the two boys onto the plane and try to resuscitate Seth. They don’t.

Coulson and May get back to the chat about their side mission. Coulson is still unfazed about May and Ward’s relationship. May knows Coulson told Skye everything. But for Skye now she knows that she didn’t get bounced around from foster home to foster home because no one wanted her but it was because SHIELD was protecting her. So SHIELD was her family all along… awwwwww…. But really Coulson just revealed that her biological family was murdered, as were others who tried to help her and instead of being torn down, she takes from it what she can.

Coulson asks regarding tragedy: “How do you respond? Who do you become?”

A good question for himself, Agent Melinda “the Cavalry” May, Skye, Donny the ice-olated school boy (pun shamelessly stolen from Phantastic Geek) and Mike Peterson -who may or may not be Deathlok.

This episode was genuinely surprising to me. Looking forward to seeing where they go with this “Skye is an alien” thing, glad to have one of the angstier plotlines wrapped up. 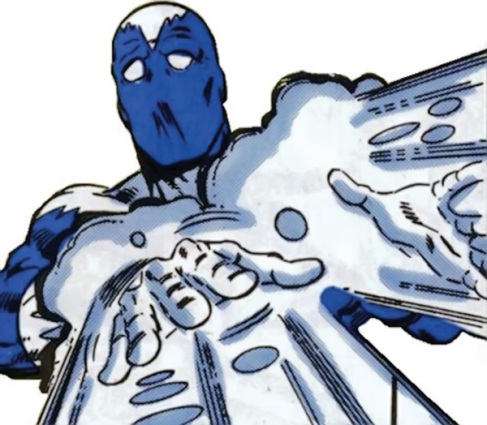